Chasing The Tail Of A Dream

Friends, it’s been a while.

When you choose to write a blog about something you care about, its generally because that thing regularly causes very strong positive or negative emotions, which inspire you to share your thoughts with fellow  enthusiasts of your chosen topic.

In a season where Derby County have, unbelievably, been finding even more new ways to be Derby County off the pitch, matters on the pitch have, frankly, been a bit dull. But after Saturdays cracking win over PNE, are we now seeing that there may actually be some substance to the constant ‘jam tomorrow’ rhetoric?

To say the season thus far has been a tough watch would be putting it mildly. The team has changed week after week for a variety of reasons. Cocu trying to get to know his players, players going out of form, a crazy amount of injuries and sometimes just switching it up based on the opposition. Swapping the team around as much as we have is never going to end well and performances have generally swayed from ok to beige to woeful. 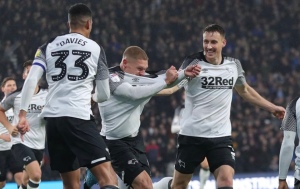 “Sorry lads, need to change my shirt, boss wants me to play left wing back second half”

Spoilt on the champagne supernova football we saw last year and fully expecting another tilt at the promised land, the natives have understandably been restless as expectations have had to be adjusted in line with the new long term vision.

Whilst supporters almost unanimously agree that Cocu has been dealt an awful hand to start his tenure at the club, even the happiest clapper would have taken a deep breath at the cup surrender at Forest, the Brentford and Charlton hammerings, the restoration of Lawrence and Bennett at Barnsley, the inexplicable exclusion of Shinnie for months and the steadfast refusal to give Ben Hamer a go in goal.

Yes, we know Derby have had far too many managerial changes, yes we know about Cocu’s first season at PSV and we also know about patience shown to Daniel Farke at Norwich. But being expected to accept losing 2-0 to Hull is ok because our performance was a lot better, is still a bit shit isn’t it?

Yet maybe the tide is starting to turn just a little bit.

Cocu is finding out about his players and some of the early season underperformers such as Dowell and Flo have been removed. The resurrection of Chris Martin has given the team a whole new focal point and the introduction of Shinnie has given the midfield a bite and aggression that was sorely missing (let’s hope he’s not out for too long).

Tom Lawrence is playing by far the best football he has produced at Derby in the number 10 role and literally looks like a different player since his indiscretion. Bielik now looks settled in midfield and is getting better by the week and Max Lowe is quietly making the left back spot his own. 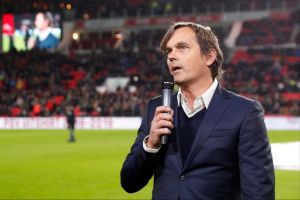 “I have a dream, that one day, we will win an away game, score against Forest and not commit suicide in a play off final.”

We are also starting to see the coach pull a few moves. Whilst we all unanimously groaned at the restoration of Bizzle over Marriott on Saturday, it soon became clear that Cocu was targeting the hapless PNE right back Darnell Fisher with Bennet’s physicality (as well as facilitating the switch to 4231) which caused massive problems for Preston up to the point Bennett went off. He also pulled a similar move against Boro. Let’s also just take a moment to consider we actually scored from a corner! This is not a typo.

The first half on Saturday was by far the best we have played this season, with a great mix up of fast direct football and the Rams being bang on the front foot. Out scrapping and outplaying a good team in PNE for the majority of the game.

During the last international break, the DCFC PR department dropped a video of Cocu outlining his long term vision for the club to widespread positive responses. Following it up with a performance like Saturdays was the dream ticket after so much negativity around the club for most of this campaign.

So is this season a building block or is there really something for DCFC to play for? Performances against Forest and PNE in the last two weeks would suggest we are not actually very far behind the top 6 in quality and a mere 5 point gap to 6th place shows you how wide open the league is this year.

With new Investment apparently imminent, Rooney only 6 weeks away and an opportunity in January to plug some obvious holes in the team (Keeper, Centre Half, Impact Winger), the season looks far from the dead duck it did a few weeks ago. If we can get this away monkey off our back, then there might just be enough short term excitement to let everyone buy into the long term plan with a bit more enthusiasm.

Come on you Rams!