In a season where even the biggest wrist slasher would have been struggling to think of any new ways for Derby County to out Derby County themselves, this last week really will take some beating.

It started with Krystian Bielek suffering a season ending ACL injury in a low key U23 run out, went up a notch mid week with the Rams being charged by the EFL for, allegedly, inflating the value of our stadium and players, then finished with our potential new owner Henry Gabay admitting he will now have to re-evaluate his investment. Good Times!

Philip Cocu must now view his short tenure at Fenerbache like an idyllic relaxtion retreat in the context of the absolute circus he has walked into at DCFC. Imagine if Amazon had been making one of their documentaries on us this season? They’d literally cancel the franchise as anything else after this would be pointless. 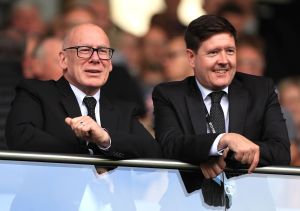 “At least we are not paying Anya anymore” “err, yes boss, he’s, hmmm, definitely not in the squad anymore…”

Whilst the EFL charge did seem to come out of nowhere, there is no doubt that something of this nature has been in the post for some time. Derby have of course issued a robust response and, if the EFL have indeed approved the accounting in question in writing, then we should have a strong argument. However, the fact remains that if you have your house in order, you shouldn’t be selling your ground to yourself in the first place or be coming up with alternative accounting methods around player values.

Nobody would argue that Mel Morris loves the Rams and has never done anything that wasn’t with the sole intention of either getting Derby in the Premier League or building up the infrastructure of the club. However, whether it was bad advice or just the plain old story of a brilliant businessman letting his emotions take over in the world of football, the numerous catastrophic transfer and contract decisions in the aftermath of the 2014 play off final have finally caught up with us.

In fairness to Mel, who wasn’t punching the air when we signed two of the best midfielders in the league on deadline day summer 2015 for £11m? Who wasn’t buzzing when we re-signed Shacks? Who wasn’t laughing their arse off when we gazumped Sheff Wed to sign the league’s top scorer Nick Blackman? However we are fans, it’s our job to demand the big signings. As custodians of the club, frankly there are numerous parties who should have known better.

A good portion of the 2014 squad, the majority signed on a shoestring by Clough, were  given bumper new contracts. We paid stupid fees for numerous flash in the pan players and were left lumbered with them (Butterfield, Johnson, Blackman).  We gave big contracts to numerous ageing players with no resale value (Shacks, Baird, Bent, Pearce, Ollsson, Nuge) we even gave Daz Bent an extension clause! Then there were those who were simply just awful (Albentosa, Camara, Anya, Zoon). Senseless contract extensions for Pearce and Thorne were also confusing at best. 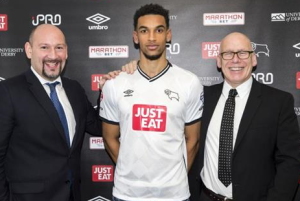 Most of that is well documented, but I think we should also consider the numerous missed Sales opportunities. Chris Martin could easily have been sold for £8m a couple of times (and let’s not even discuss the fiasco of his contract extension whilst he was on loan at Fulham), Will Hughes was sold for a fraction of his worth, 2 years too late and there were also opportunities to cash in on Bryson whilst he was at his peak. In all cases, its seems good business sense was ignored as we ploughed on in our quest for promotion.

However this EFL situation turns out, we must now learn from our mistakes and implement a new structure to support Cocu. Hard evidence over a long period, from Butterfield to Zoon, suggests that our recruitment is old fashioned and fundamentally not very good. Our current predicament surely needs to be a hard stop on the existing model.

There are plenty of examples through the leagues of clubs working smartly with a structure that suits them & their budget from Liverpool to Sheff Utd to Brentford to Barnsley to  Peterborough. Watford and Southampton have also done some good things in recent years.

I was very hopeful that Henry Gabay would see this immediately and put the necessary measures in place. Hopefully he still will at some point.

Wouldn’t it be brilliant for the Rams to have a head of football that we all believed in, was commercially astute and understood how to get the best out of the market?

Now that would be a big contract worth paying.

In the meantime, as my DCFC Blogcast  brother Ollie superbly put it in a recent post on his Derby County Blog , “Mel’s gonna’ Mel”.