Todays the day everyone. Hold onto your hats, get a couple of pre match looseners down you and let’s get into the first Derby Forest clash of the season.

For the last few years Forest have been absolute cannon fodder and have hardly laid a glove on us at Pride Park. Tonight looks like it might be a more competitive match up, but let’s not let that stop us throwing a few cheap shots to get everyone in the mood.

In the summer, Forest surprised everyone by going big in the transfer market after seemingly being financially on their arse not 6 months earlier. Off the back of some clever accounting and swapping out one of the coolest sports brands in the world as their kit supplier for some ropey old cheap shit that wouldn’t make the middle aisle at Aldi, a war chest was somehow created and spent.

Everyone knows that from Cloughie’s Brown envelopes, to Fawaz (the legend) to Marinakis having to defend himself on match fixing charges (best not mention the Bakery), there is no more seedy club in English football than the Red Dogs. However, for now, they’ve gone big and are annoyingly doing ok.

The Red Dogs are so desperate to be an interesting hipster club it is pathetic. All this Forza Garibaldi bullshit is just tenuous nonsense so they can be known for anything outside of Brian Clough. The club simply has no heritage prior to the 80’s and no imagination for the future, thus it’s no surprise to see them blindly trying to copy the Wolves Mendes model.

Unfortunately whilst Forest love to be held up as a beacon of fine football and playing the right way, the fact is the  only two decent teams they’ve had in recent history were put together by Billy Davies and Karanka – both full on shithouse merchants. Indeed rumours abound that Marinakos himself isn’t a fan of Karanka’s tactics. That said, they are effective, as he proved at Middlesbrough, so make no bones this is going to be a big culture clash and a tough assignment for Super Frank’s young Champagne Supernova Derby team.

Derby at their best can beat anyone in this league. However, we have rode our luck several times recently (Wigan & Sheff Wed) and the fact remains we do generally give other teams a chance when we don’t kill them off (Boro & Stoke). I am sure The Rams will turn up for this one and I have no doubt Forest will sit in and try and counter. The first goal will be key but for Derby the second will be massive. If we can convert pressure to goals it could be a great night, but if we give Forest the opportunity, for the first time in a while, they definitely have the players to hurt us.

I said from the start of the season that Karanka’s philosophy didn’t seem to fit with Mendes type players (regardless of the fact they are from his yellow sticker section, although weirdly the price didn’t seem to be reduced). We all know Forest love a meltdown and I don’t think it would take much more than a 3 or 4 game wobble for Marinakos to dump Aitor and bring in his own man. A thumping win for the Rams tonight would be a great way to start such a run.

Come on you Super Rams! 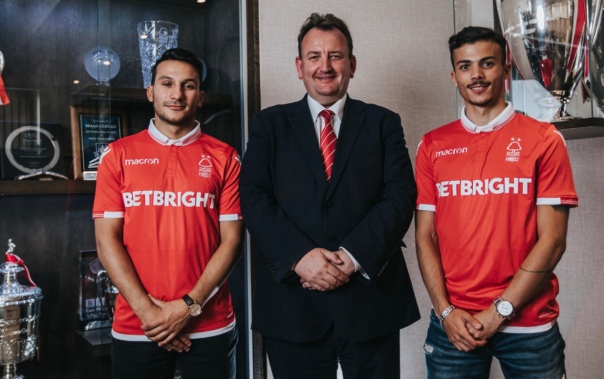 Just like a Netflix box set, when the Forest Chairman has a ropey job he needs doing, he calls up a few dodgy contacts on his burner phone and they get it done.