← When Does the Cricket Start?
Derby County Barometer April 2018 →

For the first time this season, I really wasn’t looking forward to yesterdays game. Even with no other commitments and a clear run for some pre-match beers, I was fearing the worst but hoping the Rams would prove me wrong.

Unfortunately, the game went absolutely as you would have expected it to, with Fulham racing into an early lead and Derby huffing and puffing but not even blowing down the picket fence, never mind getting anywhere near the house.

Here’s ten points on yesterday and the current state of the Rams nation.

1. I’ve been tweeting this for a few days, but Derby should have got the game called off. If we had made no effort to clear surrounding areas and called it Friday due to fan safety, no-one would have batted an eyelid. We then play Fulham on a Tuesday in April, with form flipped and no away fans and it a different game. When the DCFC social team put the “game on” gif out of Nuge skidding on his knees, my heart sank. 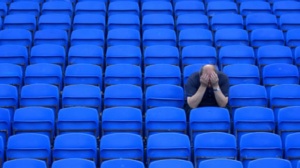 “When you hear it’s GAME ON for Derby this weekend”

2. Why isn’t Kasey Palmer starting every game? He’s fit, firing, absolute quality and clearly the only player with any confidence. Other players feed off that too – witness Jarome doing nothing for an hour, then playing like a man possessed for the last period, earning the free kick for the goal and nearly setting up 2 more from pure desire.

3. I absolutely understand the different merits of Thorne and Ledley. I also think Joe has been nowhere near top form since his injury, but dropping him for George yesterday we may as well have put a “This way” sign up in our half for the Fulham midfield. Not surprisingly Cairney had a field day.

4. Talking of Jarome, I feel sorry for him. He was signed to replace CM9 (who don’t forget wasn’t playing at all) as an impact sub and “something different”. Due to Winnall’s injury and Nuge’s loss of form, he’s now become main man in an awful run. Clearly, he’s not an elegant or easy on the eye player, so I can see why he’s attracting flak, but to my mind its harsh.

5. (Imagine here sound effect of reversing lorry) – After previously stating that we’d had a solid and sensible January, I’m now going to put it out there that it was catastrophic, and a massive opportunity missed. We didn’t need to sign 9 players, I get FFP & Winnall’s injury was no-ones fault. However not signing a left back and a replacement for JR at least, has left us woefully short in those two areas, whilst our rivals – especially Cardiff and Fulham – got noticeably stronger.

6. Obvious point when you think about it, but maybe our annual Feb/March slump is intrinsically linked to our annual January window fiasco. 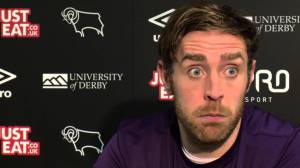 “Thanks Rich, but the gaffer suggested earlier Kasey probably isn’t going to start.”

7. Sam Winnall’s injury is currently looking like a season defining moment on a par with CM9’s injury at Bournemouth in 2015.

8. I’m a massive fan of Rowett, he’s done a great job with a lot less resources than his predecessors and I 100% believe he will get us up at some point. However, he’s had an absolute Weston Super since the end of January (some would also blame him for the window too), with some bizarre team selections and his stubbornness not to change it when its clearly wrong.

9. Fulham are a good team but, as was proven by others last week, Wednesday, Leeds and Reading are absolute dogshit who we would have nailed without blinking in December. QPR are in that same group so let’s hope we can scrape a win by any means Tuesday and then get something at Forest.

10. This blog has always prided itself on preaching DCFC positivity even in the darkest of days, so let’s end on a positive by shamelessly stealing a tweet from my good friend http://www.derbycountyblog.com – “#dcfc still on 60 points. 75 would usually be enough to make the play-offs. Five more home games to go, v Cardiff, Sunderland, Bolton, Boro and Barnsley. Away at QPR, Forest, Preston, Wolves, Burton and Villa. Got a couple of lives left yet, but need a win ASAFP.”

Amen to that Ollie – Come on you Rams

← When Does the Cricket Start?
Derby County Barometer April 2018 →