As another crushingly disappointing season for Derby County comes to a close, we at least have the glimmer of hope that, in Gary Rowett, we may have a manager who understands what the Championship is all about.

With promises of much change in the summer and the football largely irrelevant for the last few weeks, there’s been no shortage of comments in the local press from all levels of DCFC as Directors, Staff and Players try to explain another failure and talk up the future of the club and themselves.

Using our handy Derby County Translate tool, you can read here what these statements really mean.

“I’ve been happy with my own form” – Scott Carson
Translates – Everyone knows conceding from set pieces and these last minute goals have absolutely killed us but it’s nothing to do with me. Thank God for a manager who can organise us at the back and a big fuck off centre half to protect me would be nice too.

Owner and chairman Mel Morris has again stressed that manager Gary Rowett will have a “completely free hand” to shape Derby County’s squad this summer.

Translates – Our transfer activity in the last two years can be best summed up in song : –

Take it from me, Fat Sams is now officially closed for business and I look forward to a raft of free transfers, £400k midfielders from Iceland and loans from Chelsea without that clown banging £30k a week out to anyone who wants it (or, as alleged in the papers, ……..stop there please, Legal Ed).

“Nick has trained sporadically with the first team in the last two weeks,” Rowett said.
“He is actually in full contact training but I don’t think he will be one the medical team will want to involve before the end of the season.
Translates – I am being nice and suggesting everyone is getting a fair chance, but this guy is beyond wank and the first blink at getting him out the door he’s gone.

“Derby County has been a massive part of my life and career. If I can give anything back, I will. I have been here six years. I love it here, I would stay for the rest of my career if I got the chance.” – Craig Bryson
Translates – Please don’t sell me to fucking Burton Albion.

“Darren Bent activated a further year on his contract around January time due to the amount of games he played”, says Derby County boss Gary Rowett.”
Translates – Absolutely nothing to do with me guv. Ludicrous contract issued by somebody. How the hell am I supposed to move him on? 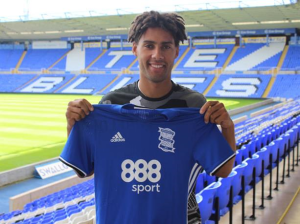 Bradley Johnson says he is enjoying life under new manager Gary Rowett at Derby County. “I like his ideas and the way he is setting us up,” said the midfielder. “I’m enjoying playing under him.”
Translates – As one of the clubs most high profile pieces of reckless transfer activity, I know I’ll never get a contract like this again. That said, I’m probably one with half a chance of fitting into new world so I’m getting the brown nosing in nice and early.

Derby County fans may have to be patient as they await new additions to the squad this summer, says Rams manager Gary Rowett.
Translates – This squad is a bloated mess and before we do too much, I need to get rid of as many of these losers as possible. However as they are all on mega deals that may take time.

“The work rate and the attitude has come into question but I think we’ve done our best – it just hasn’t been good enough. I don’t think you could put it down to lack of work rate. I think, a lot of times, we’ve not shown enough quality, for the quality we do possess within the changing room” – Jacob Butterfield
Translates – We clearly haven’t put in the necessary work rate and the attitude has often been wrong and sometimes horrendous, thus in most games we haven’t earned the right to show our quality.