As we hit the home straight, it’s time to roll out the big guns, so today it’s Derby County Head Coach Paul Clement.

Paul has only been with us a relatively short space of time but already he has created a totally different feel around all first team activities.

Rumours of Clement’s links to Derby were circulating in the Spanish press long before Ancelotti was formally dismissed by Real and Mel applied the fatal blow to traitorous failure, Steve McClaren. So it actually wasn’t a massive shock when his appointment was confirmed.

His CV is beyond impressive but the obvious two big questions were does coaching the world’s elite players translate to the Championship and can he make the jump from number 2 to number 1?

The evidence thus far suggests the answer to those two questions are Yes and Yes.

After an unspectacular start, with some nutters unbelievably questioning his appointment after 5 or 6 games, things are currently looking more than good for the team. Clement must take credit for negotiating that period and a job well done – to date.

Clearly we don’t see what happens daily at Moor Farm but, results aside, there are plenty of things for supporters to enjoy about Paul. His interviews are thoroughly engaging, talking honestly and intelligently whilst avoiding the usual repetitive soundbites most managers have (“This if football”…FFS). I also love the way that he always follows the usual “this game will be really tough” with “but it’s also going to be really tough for them”.

On the touchline, he is a picture of smart, cool, professionalism so it’s absolutely fantastic when he let’s go and openly celebrates (see MKD and Ipswich for great examples). It’s also a relief to have a manager who has a plan B & C and understands how to manage the squad that Mel Morris has blessed him with.

As Paul himself said on Saturday, there’s a lot of football to play, but the signs are we may have found the man to get us over the line. If we do make to the Premiership, then I am sure we will then start to see the value in his elite level contacts.  Ancelotti at Bayern next season for one could be more than interesting…. 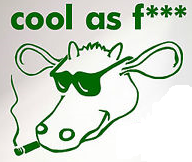