This week’s glorious re-signing of Jason Shackell and the subsequent bitter attack on the Rams transfer policy by Shaun Dyche has thrown up an interesting debate among some Derby fans.

Whilst the words of the flame haired, gravel voiced, legoman were heavily laced with bitterness, there is no doubt that the Rams are leading their peers in the transfer market to a level not seen since Lionel Pickering first took over the Rams in the early nineties.

With ticket sales, optimism and general positivity around the state of the club off the charts, what’s not to like? Yet there is definitely a certain genre of Derby fan to whom the current spending spree does not sit comfortably.

Firstly let’s state the obvious. Whilst all our fees now are always “undisclosed”, its clear the Rams have easily spent the best part of £12m this summer in transfers and signing on fees, with little or nothing coming back in the opposite direction. In championship terms, this is serious money and that’s before you even start with the wages and the changing of the guard in the coaching department. 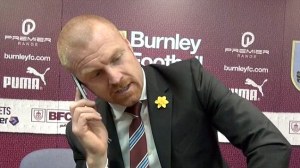 It seems only Middlesbrough are going to get anywhere near that level of spend, so we will be everyone’s team to beat and are absolutely set up to be knocked down. Without a doubt this is a new and strange situation for Derby after so many years of austerity and bargain basement shopping. So have the Rams and Mel Morris lost the plot?

History is littered with teams who chased the dream, failed and ended up on their arse. Derby for one have wasted millions in the past and ended up in the doldrums for years. But more extreme examples would be Portsmouth, Leeds, Cardiff, QPR and let’s not even start with the long running financial comedy show at strong relegation candidates, Notts Forest.

However I think the issue here is not that Derby are now punching over their weight, it’s more that we have been punching several levels under our weight for so long. Derby is a massive club who are comfortably at least on a par with over half the Premier league. Sam Rush has said many times that when he arrived he felt too many people at the club felt we couldn’t compete, which he felt was nonsense. Sam (again, English football CEO of the year, yet many Rams fans I know don’t like his overt commercialism) has turned that boat around and Mel Morris has now added the turbo boosters.

Whilst we have paid big money for Ince and Shackell, don’t forget we have also signed the best player from two of our biggest rivals in the promotion race which, in art of war terms, has to be worth a few extra quid too.

For those of you still not convinced and longing for loan signings from Bristol City, let me just check how much you enjoyed the moral high ground of these days of DCFC past – 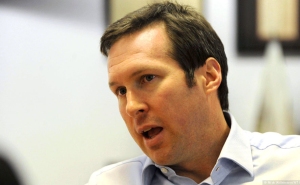 “ok, tell Northampton we can go to £95k but it’ll have to be paid over 5 years or we walk”

Whilst the new found financial commitment may not be comfortable for some, what can no longer be doubted is the raw ambition of the Rams to achieve their objectives.

Nothing is won on paper, but this new Rams squad looks to have the potential to smash this division out of the park. If we do its going to be a great season, if we don’t we can always take a look at the Scottish market in January!

Come on you Super Rams!