One amusing sideshow of the last few years has been the general catastrophic mis-management of transfer dealings and contract renewals at our dear neighbours Notts Forest.

Consistently within the last 5 years Forest have lost key players on Bosman’s, with Lewis McGugan being this years million pound transfer fee going down the toilet.

One interesting twist on this theme is the relatively new tactic (presumably designed to make up for previous contractual oversights) of dishing out long term deals to bang average players who maybe should be let go. Witness Dextor Blackstock’s agent’s schoolboy ‘Dextor to Derby’ plant on Sky Sports News resulting in a new 4 (yep that’s four) year deal for Forest’s then, and now, 3rd choice striker. Witness also long-term deals for Madjeski dished 4 good games after 18 months of nothing along with Moussi who is now no more than a very expensive squad player.

However that team can wait 18 months. In the meantime, herewith a squad of ‘Forest for Free’. 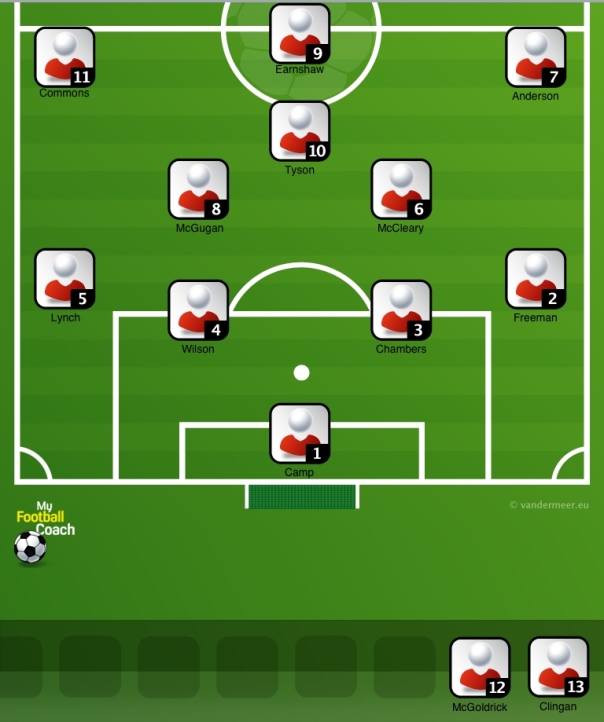 PS – It was interesting to see that Mark Arthurs was recently made the new CEO of Yorkshire cricket club. Based on this clowns record, Lancashire fans should be able to look forward to  Joe Root and Jonny Bairstow lining up for them in the not too distant future.

PPS – S Spaceram footnote: Red Dogs may say “well, we didn’t want Tyson or Earnie anyway” as they haven’t set the world alight since leaving. The fact is, both were offered new contracts and after they were refused, the Dogs were forced to dash to the market to buy Miller and Derbyshire for large fees. A lesson in succession planning if ever there was one. The other point to note is that all the above players went to the Championship or above – some Premier League, some Champions League. No wonder Forest have lost 10 million+ per year for as long as anyone can remember.