← The Rams according to Boab – Part 1
Ramspace Video Broadcast →

The Rams according to Boab – Part 2

Following on from yesterday, herewith the second part of Boab’s view of DCFC.

This time he’s moving onto the off field management of our club.

“The upper echelons and general management of the club is an interesting one.  Derby are not in a bad shape, if only losing £7m a year is good, but compared to other clubs fairly stable.  Can we convert some of this stability into some actual quality signings?  i.e.  not old (dead) wood, and League One strikers.  Sam Rush claims to be ambitious.  Indeed.  Thanks for banging up my season ticket in the East Stand to on a par with the main stand – I particularly love it when the sun hovers just above the main stand in the Winter making it almost impossible to see what’s [not] happening on the field.  It went up last season after years of being frozen, fair enough, a blow softened by a great gesture of club shop vouchers.  But nope, nothing this season – here’s your increase folks, we’re making the second best view in ground the same price as the main stand – coupled with no mention of intentions to sign some “quality” players and really move forward.  When challenged on the matter of increased prices at a Q&A Session in Belper, Mr Rush vehemently denied the increase had been so steep (£70) over the past 2 years for us East Standers.  It made me feel pleased (sarcasm) on the advice he received/glazed over to authorise the re-categorisation of certain seating areas anyway.  But like Sheep, we go along with it, pun intended. 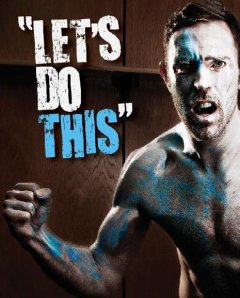 Apparently the budget for signing Keogh was touch and go until the marketing team saw this.

Actually, it looks like the Marketing department have lost the plot.  “DNA”.  It’s rubbish.  Every time I see it, it makes me cringe and the last thing I think of is Derby County.  Some of the Sheep go along with it though, yes, they seem to like it.  We don’t need this marketing nonsense though, it’s just for the brainwashed to use in their Tweets, along with #3points (which usually results in none).  Let’s be clear, everything the club churns out, is not always the best.  We are there to support them, and also offer feedback when things are plain terrible.

These days I get more satisfaction from being realistic about stuff.  I never “expect” victory although I hope for it.  I appreciate that if anything, we are an average club (which is upsetting).  I don’t sulk (too much) in the evenings when we lose.  But I do absolutely love it when we win or battle for a point we barely deserved.

The last two seasons has generated much talk about the points dropped and where we would have been.  This is classic football fan mentality.  It started from day one against Sheffield Wednesday at PP.  Our away form never settled and continued to be awful all season, demonstrated by chucking away a win against the same team at Hillsborough.  Losing games we should have drawn was a common theme also, with Middlesbrough being the stand-out exception.  We are going to lose matches – nice performances don’t get us anything (Nigel) – and whilst the players do work their socks off, we need to have more grit and starve the opposition of the simple chances which we seem to get punished for.

Anyway, I’ll leave on a positive note as it’s the summer and everyone can chill out without worrying about all this nonsense.  I’ll be there in August, offering my full, albeit [sometimes] ranting support, hoping for a strengthened side and some solid performances and will be duly laughing at Keogh’s Rams horns on the big screen when DNA makes another embarrassing appearance.  Give your support but try to keep an open mind and not sucked in by the BS.  Let’s hope better times are not far away!”

← The Rams according to Boab – Part 1
Ramspace Video Broadcast →